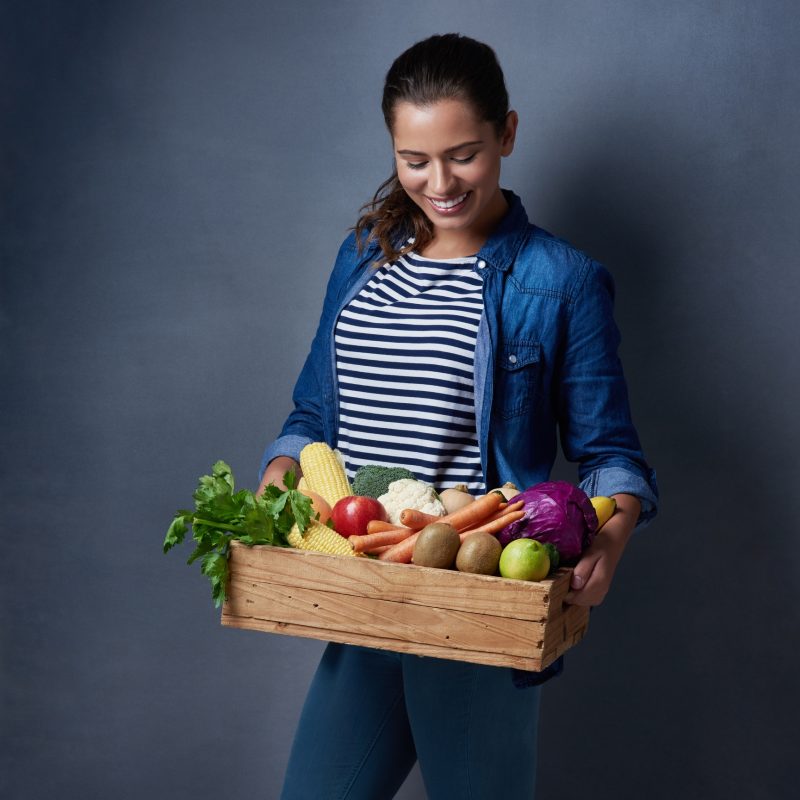 Eat better. Lose weight. Get healthier. Make the world a better place. They’re all things we constantly strive towards. And the easiest way you can is by leaving animal products off your plates?

By switching to a vegan diet, you’ll be part of a fast-growing movement. In the UK alone, the number of vegans has skyrocketed by more than 350% over the last 10 years, and according to research firm Mintel, 20% of 16-24-year-olds now say they’re vegetarian or vegan. The shift makes sense, as people have become more aware of the cruelty that animals endure in the food industry thanks in large part to the rise of social media.

Eyewitness investigations shared on the internet have exposed the routine abuse of pigs, cows, chickens, sheep and other animals who are raised and killed for food. And once people see how animals are crammed by the thousands into filthy, windowless sheds or wire cages and that their tails or a portion of their beaks are cut off without any pain relief – and when they hear their desperate screams – most vow never to eat meat, eggs and dairy “products” again.

In recent years, we’ve also learned so much more about the other beings with whom we share the planet – and the more we know about them, the harder it becomes to justify killing them for a burger.

Twenty years ago, some people believed that fish don’t feel pain. We know now that they do – and that they also use tools and have impressive long-term memories. Chickens’ cognitive abilities are in some ways more advanced than those of cats, dogs, and even certain primates. Like us, cows have best friends – and they become distressed when separated from them. Many animal behaviourists consider pigs to be very smart, and people who’ve spent time with them have discovered that they enjoy getting massages, playing with footballs and listening to music.

We also have a vast amount of famous faces to thank for waxing lyrical about vegan eating and inspiring many people to take the plunge. After all, who wouldn’t want to follow in Ellie Goulding’s footsteps? She claims that after ditching meat her “skin is different … and my eyes are brighter. I have more energy and feel like a happier person.” She’s in good company. Pamela Anderson, Joaquin Phoenix, Miley Cyrus, Ariana Grande, Bill Clinton, and Alicia Silverstone all report feeling stronger and fitter since making the switch. Research backs this up, as studies show that vegetarians weigh less and live longer than meat-eaters do – and that they’re a third less likely to develop heart disease and about 40% less likely to get cancer. Other research shows that strict vegetarians score significantly better on mood scales and have lower instances of depression, anxiety, and other negative feelings – food for thought.

Vegan eating is also better for our planet. The Worldwatch Institute estimates that a staggering 51% of greenhouse-gas emissions worldwide are caused by livestock and their byproducts, which makes sense when you think about the land needed for farming, the energy required to run factories, the water wastage, the cows’ methane emissions, the fossil fuels burned during transportation, the energy needed for refrigeration, the materials used for packaging, and so on. Just imagine how much more efficient our food systems would be if we ate the crops ourselves instead of funnelling them through animals.

As more of us embrace healthy and ethical eating, supermarkets and restaurants are catching on and meeting the demand for plant-based products. Coffee shops are offering nut and oat milks, all major supermarkets stock vegan meats and cheeses and high-street food spots such as Wagamama, Pret A Manger and Zizzi now have entire vegan menus.

Today, it’s no longer a question of “why go vegan?” but “why not go vegan?”. It’s never been easier to make the switch and PETA offers a free vegan starter kit to help you on your way. Here’s to a happier, healthier, and more humane you.

2. Try some tasty faux meats and dairy-free treats.
Vegans are spoilt for choice – low-fat, high-protein faux-meat products as well as dairy-free milks, cheeses, and yogurts can be found in any supermarket and can help ease the transition.

3. Eat out.
These days, you can’t go a few steps down the high street without finding an eatery offering delicious plant-based foods. So get out of the house to enjoy a vegan curry at JD Wetherspoon’s, tofu noodle soup at Wagamama, pizza topped with dairy-free mozzarella at Pizza Express, and more.

4. Join a group.
Vegan groups are popping up all over the country, online, and on social media – and they can be a great way to meet other vegans, share recipes, and learn about events happening in your area.

5. Wise up.
Head over to the PETA website for information and exposés on the meat, egg, and dairy industries. The more you learn, the more a vegan diet makes sense – and you’ll be clued up to answer questions and encourage others to follow in your footsteps.